6 Easy Ways to Protect Your Computer from Being Hacked

Computer hacking is one of the fastest-growing illegal industries across the globe. I would say the industry is a success; however, it is not.

The industry majorly thrives on misery, just like the drug industry.

Hackers are organized cybercriminals who breach personal and corporate internet/ system security protocols with a motive to steal valuable data for resale to third parties or lock you out of the system for ransom to regain access.

Research conducted by Cybersecurity Venture revealed that cybercrime is more profitable than the illegal drug trade globally; it is expected to reach $6 Trillion by 2021.

Up to March 2019, the world has lost over 14 billion data records to hackers; this is according to Breach Level Index.

With such numbers, the cases of security and breach of privacy are only expected to increase, especially when more people are getting to use the internet.

Companies are now investing hugely in enhancing their system securities to block hackers from accessing information. You should also be doing the same; protect your devices from hackers and attacks by malicious software that could see you lose valuable personal data.

This article will furnish with an up to date tips on how to protect your computer from hackers, among other crucial cybersecurity tips.

What Threatens Your Computer 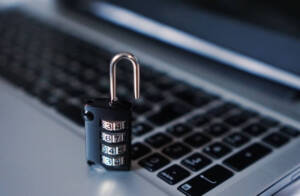 A Computer threat can be defined as any risk that may harm or rather affect the regular running of a computer system. Computer system threats can either be physical or non-physical.

Non-physical threats can be defined as potential risks that affect a computer’s software, thereby causing an abnormal functioning of the computer system.

They are also referred to as logical threats.

They may lead to the following problem:

Logical threats are mostly used by hackers to gain control of your computer system, after which they can destroy, retrieve, or erase personal data from your computer. In this tutorial, however, we will be expounding on the various types of hackers and malware that can attack your system.

Typically, the different types of hackers are defined by their motives for conducting hacks.

For instance, some are motivated by financial gains and ego; some are just working as spies for institutions, while others do it solely for patriotic reasons.

Here is a list of the different types of hackers.

They are often referred to as crackers. I am quite sure you have seen them in movies wearing black hats. They are usually the bad guys, stereotypical hackers with financial gains being their motivation.

Such hackers will use malware to break into your computer and steal financial details for resale or personal data to destroy your reputation.

They are responsible for historical data breaches in history, such as the Yahoo data breach that compromised 3 billion accounts, and the carbank gang hackers that siphoned over 1 billion USD from over 100 banks across the globe.

They are the polar opposite of black hat hackers. Usually, these hackers are certified hackers employed by the government and public organizations to test for any loopholes on security systems that could be exploited by black hackers.

I would call them the “good guys”; they are commonly referred to as ethical hackers or cyber experts. Their online or cyber works are hugely bound by rule and regulation as well as the code of conduct provided by the government. You can also hire one to help you fix loopholes in your personal system. 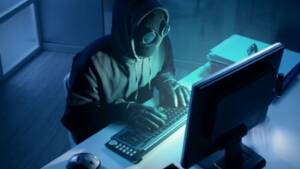 They fall in a category of their own; in between black hat and white hat hackers. Usually, they are not bound or certified by the government to conduct legit hacks.

They work with sound and ill intentions; they can use their hacking skills for personal gains and thus making them black hat hackers. However, in most instances, they will exploit internet loopholes and share them with the public so that everyone benefits.

I would refer to them as our superhumans when it comes to the hacking world. Red hackers are more or less the same as white hackers; they intend to stop the black hackers. However, their methods are quite aggressive.

They are determined to destroy the black hackers at whatever cost. Their ways are nothing less than ruthless.

They are considered amateurs in the field of hacking. Usually, they are petty hackers whose intention is to hurt those who hurt them using their hacking skills. They are more similar to script kiddies and have no desire to learn and advance their skills to something better.

Like blue hat hackers, green hackers are also considered beginners only that they possess the desire to learn and advance their careers as hackers. Typically, they will ask and listen to other gurus in the hacking game.

These are politically motivated hackers with intentions of attacking and hacking computer systems with ill motives of sparking/ stirring up violence.

Their targets are subnational groups or clandestine agents. 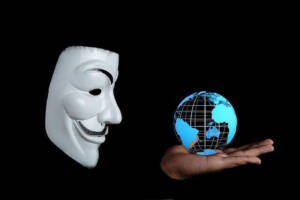 These are highly compensated hackers employed by the government to help them access confidential or high valued information from other state governments that could give them an upper hand.

This is an online version of an activist. Typically, they are hackers targeting government institutions systems and those of the politicians to further their social and political motives.

Theirs is to acquire government files and share them with those who share the same ideology. Some famous examples would be Anonymous and WikiLeaks.

They are the tools hackers use to get control of company systems as well as your PC.

In fact, a recent McAfee report established that malware grew by more than 118% in 2019. Here is a list of common malware used by hackers today.

It is a common term used by internet users to refer to every malware affecting their computer system. However, not every malware is a virus.

Computer viruses are designed to attach themselves to computer applications and file and replicate themselves once the victim executes or runs the application. 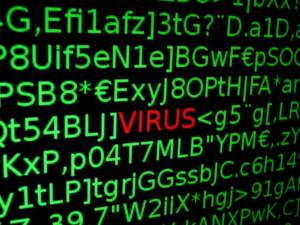 They have the ability to corrupt data, steal data, or even format your hard disk.

These are advanced malicious software. They compromise systems by exploiting vulnerabilities in the OS.

The infection rate is fast, as no human action is required to replicate them.

They may infect your computer through backdoors built into software or through flash drives. Once it has infected your computer, it could launch DDoS attacks or steal sensitive information.

It is malicious software used by hackers to demand a ransom. Usually, ransomware is designed to encrypt files in such a way that the victim cannot access or use them until payment is made to the hackers to regain access.

In most cases, such attacks are targeted at government agencies or companies. For instance, the city government of Baltimore and Atlanta are some of the latest victims of ransomware attacks. The malware has cost the 2 cities more than 30 million dollars.

They will, in most cases, appear to internet users as legit software on the internet.

After download, the Trojan takes control of the system depending on the hacker’s malicious instructions. They will typically come with a game, app or software patches. Emotet is one of the most famous Trojans affecting banks in the USA.

They are, in most instances, used by companies to monitor employees’ activities on their network. They are also legitimately used by parents to monitor their children’s activities when using the internet.

However, hackers will use them for malicious purposes. For instance, they could be used to steal passwords, banking details, among other valuable information from your computer. They can affect your computer through phishing or malicious downloads.

How to Protect Your Computer from Being Hacked

So how do you protect your system from hacking? Here are a few practical tips that will help you cut off the bad guys from your computer and your data. 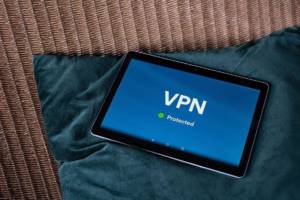 It is one of the most used ways to protect your PC from hackers, especially when you are surfing the internet.

VPNs provide users with an anonymous identity when using the internet, thereby making it difficult for hackers to target you.

They also make sure that your interactions are encrypted and therefore rendering the data unreadable in the eventuality that they are successfully intercepting it.

Always ensure that you access your accounts on a paid VPN services (check differences between free and paid VPN here). This way, your data is much safe and secure from cybercriminals.

Some of the best VPN you can use include:

Antiviruses are designed to detect, clean, or destroy malicious software within a computer system. They will protect your computer from malware such as adware, viruses, and worms that may seek to exploit your computer and personal data. Some antivirus software will provide you with an additional firewall to protect you from online hacks.

Malicious software such as worm is famously known to exploit loopholes in the operating system as a gateway to attack your computer.

Hackers, too, will be looking to exploit bugs to access your computer. It is, therefore, imperative that you regularly update your operating system. It helps fix the bugs and seal off any vulnerabilities.

For starters, most public wireless internet hotspots are unsecured, making it easy for hackers to siphon data from computers.

Do not access your bank account on a public WI-FI; it is perilous. If you have to use one, always remember to activate a VPN.

It helps you mask your identity a hence making it difficult for hackers to attack or steal information from your computer.

With emailing being fast and convenient, it provides a perfect opportunity for hackers to practice phishing and send warm through links on sent emails. Before hitting on links, check to see if you know the source of the email. Pay attention to the sentence structuring and email formatting. If anything seems out of order, do not click on the link.

It is paramount that you are much more cautious about what you download from the internet. The internet is flooded with malicious software ranging from viruses to Trojans. Always do a background check on the item and the source before proceeding to download it—only download items from trusted and credible sources. You can run your item on antivirus software just to make sure everything is okay.

The above items will help solve your how to protect your computer from hackers’ problems. Remember, malicious software and hackers are not disappearing any time soon; there are here to stay. It is, therefore, imperative that you observe safety when using the internet; at least make sure you have a trusted VPN service when browsing the web.