NordVPN offers an exceptional VPN service. Enjoy fast-speed servers which is great for browsing and streaming services. Strict no-logging policy and encryption ensure that your privacy is well protected.

Private Internet Access unblocks content for their users and allows them to encrypt their network traffic, change their IP address, and connect anonymously to blocked websites and apps. 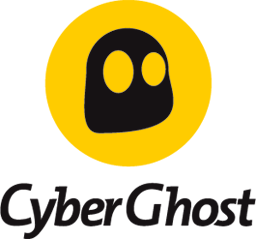 If you haven’t seen the growth in popularity of VPN services in recent years – where have you been?

The reality is, VPN services are now more popular than ever, as people want to take back control of their internet connection, increase security, and use their connection for anything they want.

That’s why VPNs are a huge industry right now – and if you’re looking to download the best VPN for Windows, you’re in the right place.

Thanks to the huge number of VPN services available these days, the cost has come down a long way. That’s competition for you.

However, with so many options and choices, it can be hard to really know exactly which VPN is for you, especially as a Windows user. While Many VPNs are now aimed at smartphone or Mac owners – there are still tons of options that work best on Windows.

But firstly, if you’re still not really sure what the benefits of a VPN might be for you – let’s have a closer look.

Do You Need a VPN for Windows?

When you download and sign-up to a VPN service, you’ll normally have a little app on your PC. When you load that app and log-in, you’ll actually be connecting through them and “bypassing” your own ISP. The reality is that you’ll still be using your own ISP to jump onto the VPN’s servers – but you’ll be completely invisible to them after that (if you use the right VPN service provider).

That means you can browse, download, and do anything you want online without being restricted by your own ISP or Government – and without being watched.

On top of this, you can also choose to switch your location to one of the many provided by most VPNs. This means you can log-in or access websites as though you were located in a completely different location, allowing access to geo-restricted content such as streaming sites.

VPNs are great for people who are concerned about their privacy online and want to avoid their usage being recorded by ISPs. Most of them offer completely anonymous browsing and don’t log your use on them.

You can learn about the uses of VPN here

What is the best VPN for Windows?

Thankfully – since you’re looking for a VPN for Windows, you’re in a good position already. While there are more and more services that offer Android, Mac, and even SmartTV connectivity – Windows is still the number one platform for most VPNs.

Just have a quick check that your exact version of Windows is being supported by the VPN you’re interested in. If you’re running an older OS like WindowsXP, this might cause a few problems – but it shouldn’t for most VPNs.

Steps to Set Up a VPN on Windows

If you’re still unsure how to download and install a VPN on your Windows computer – here are a few quick tips. You’ve probably already downloaded something on your PC before.

Once you’ve decided which VPN is for you (check out our list above with the top-recommended VPN services), you should:

Setting up a VPN used to be quite difficult, and would require a lot of proxy and port information – but thankfully things have changed in the last few years.

By simply installing the VPN software you just downloaded for Windows, you’ll be able to get using it straight away. If you’ve already signed up for the VPN service, you should have some login details. Use these when the VPN loads for the first time.

From this point, you should be able to select which servers you want to connect through and be able to get browsing safely and securely. Make sure you check that the VPN is connected properly before you start using your connection for anything risky – this should be indicated clearly.

How to choose the best VPN for Windows?

If you’re still wondering which VPN service for Windows to go for, there are lots of different options. But it’s important that you have a look at some of the different features various VPNs offer so that you can make the right choice for you and your computing needs. We’re now going to look at a few different things that make a big difference when choosing the best VPN for Windows.

How many servers are on offer?

One of the main reasons many people decide to choose a VPN is because they allow unrestricted access to content in different locations. If you find yourself blocked from the sort of websites or services you want to use simply because of your location, a VPN is a great way to get around this. So you’ll want to make sure the VPN service you’re looking at has the right number of different servers for you and in the right locations.

Some VPNs offer tens of different server locations, while others offer hundreds. Oftentimes, you’ll find that more servers in one location are also useful. Some services are getting wise to VPNs and have started to record and block certain IP addresses, so it’d be useful to be able to use new and unique IPs.

Also, if you’ve got a specific location that’s important to you, make sure it’s on offer. Most VPNs have servers in popular locations like the UK or North America, but some other locations are less common.

Where is the VPN provider located?

This might seem like the last point, but where the service is actually located is also important. Some Governments force VPN services that are based in their countries to record and monitor the usage of them – so if anonymity is important, you might want to avoid them.

What are the speeds and ping on offer?

Speed of internet use is especially important for VPNs. Make sure you’ve checked all the data you can to find out which services are best for you, and which are the fastest for your location. After all, if you’re going to be streaming and downloading over your VPN, you’ll need to make sure it’s fast enough.

Another thing you need to look at along with raw download speeds is the ping. This is the amount of time it takes for a signal to bounce between you and the VPN server, and it’s normally measured in fractions of a second. If you plan to play games over your VPN, it’s extra important that you have a low ping.

Some free or cheap VPN services offer limited downloads or usage. If you think you’re going to want to use your VPN a lot, you might want to avoid these.

Privacy is a huge concern for many VPN users, so it’s important that the VPN you choose has got the right range of features. Do they off a “no-logging” policy? That’s where the VPN provider guarantees not to record or log anything you do while on their service – and it’s a big benefit for many people.

You’ll also want to check for DNS leakage protection, to help stop your ISP from being able to tell that you’re using a VPN.

What security features can you get?

Along with privacy from Governments and ISPs, you’ll also want to make sure your connection is secure from hackers and other people who might want to gain access. Most VPNs offer a range of security features including various encryption protocols, so you might want to do a bit more research here if it’s important to you.

How much does the VPN cost?

While cost might not be the most important factor for you, it’s still important for many people. Quite a few VPNs come with free trials so that you can try them before you buy – and there are also a number of competitive discounts if you’re willing to commit to a longer period (like a few months to a year).

Just make sure all the features you need are on offer and then compare the price of those that work for you.

There are also free VPN providers and offers on the web but you might have to pay with your own data and privacy.

Learn about the differences between free and paid VPN

Does it come recommended?

Make sure your VPN service has been tried and tested, and check out a few reviews online. Choosing the right VPN for Windows shouldn’t be difficult, but you need to make sure you get it right.

6 Easy Ways to Protect Your Computer from Being Hacked

Computer hacking is one of the fastest-growing illegal industries across the globe. I would say the industry is a success; however, it is not. The industry majorly thrives on misery, just like the drug industry. Hackers are organized cybercriminals who breach personal and corporate internet/ system security protocols with a [...]

Free VPN vs Paid VPN: Main Differences and Reasons to Opt for Premium

The total cost for cybercrime committed globally has added up to over $1 trillion dollars in 2018 with 81% of companies and a large number of people affected by hacker attacks. With the ever-growing incidences of personal data breaches, the need for solutions to protect internet privacy has significantly been [...]

You’ve probably heard a lot about VPN for business and VPN for personal use, especially during the coronavirus quarantine. VPN for business is the ultimate solution for the online connectivity, productivity, and safety of your team. In this post, we’ll talk about the benefits of VPN for business, how it [...]